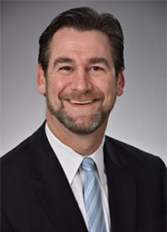 "As a user of [SmartOffice] for more than 20 years now, it is probably the one tool that's been consistent in my practice over my lifetime."

Matt Schiff knows SmartOffice inside and out. As a direct competitor of the tool for five years and then a user of it for almost 20 years, the founder and president of Schiff Benefits Group knows and appreciates SmartOffice’s capabilities.

We sat down with Matt to discuss how SmartOffice has served him during his financial services career.

Ebix: Thank you for speaking with us today, Matt. I want to start by learning more about your experience with SmartOffice. How has it delivered impact for your business?

Matt: Unfortunately, this somebody who was a business partner and a close friend went through the economic downturn in 2008 through 2010, and his network dropped by literally two-thirds. He said, “Listen, based upon what we're supposed to do, the policy doesn't fit my lifestyle anymore. It's not gonna do what you said it was going to do, and I have documentation that basically you said it was going to be this. I need to file a claim against you.”

I said, “Guess what. Thank you very much.” We've had a great relationship at this point. I had to terminate my conversation because he's telling me he wants to make a claim. And my attorney, the first thing they said was, “Do you have this documented?” And I had every communication back and forth date-stamped and time-stamped. That was in my system. I literally had a ream of paper that was about four feet tall when it was printed out. Wow, but [SmartOffice] prevented me from having to pay a huge claim. I would have had to pay him close to $300,000 in retribution if I wasn't documenting that.

So, really, [SmartOffice] did two things. It does this every single day, which is really help you market. It helps you be able to — I have different channels, so I can set a marketing report to one group, one [brokerage general agent]. They know what's going on, what cases we're working on. And when I've got cases working, they want to know what the status is. But it really helps on the SmartOffice side, where everything is compliance or compliance-driven so that you have it date-stamped or time-stamped. It can really help in a lawsuit.

Ebix: How did you personally become involved in the financial services industry?

Matt:I was pretty much born into it. My grandfather, my father, my mother, all were in the insurance business. Since I was born, I learned the business over the kitchen table. My dad got out of the Navy in 1966 and started working for the pension department of Mutual New York, which is where my grandfather had been working for many, many years.

And as soon as that started, my mom came into the business, and I ended up getting into data from that time forward. I was putting in 401(k) participant information at my dad's company at a young age.

Ebix: Obviously you made the decision to go SmartOffice. Why didn’t you go with one of the other options that were available in market?

Matt: It's interesting you ask that question because back in 1990, a guy named Michael Goldberg, who used to run FDP, asked me to come in from the field as a producer and help him with his database, which was basically a competitor of SmartOffice. So, when I left there back in 1995, we had the FDP [version], but that was also sold off to SunGard, and they basically shut all of that down.

The best thing about SmartOffice is that it really is for the insurance producer, who is somebody who wants to be able to manage clients, manage businesses, may do joint work, wants to work with centers of influence and keep track of all that data in one repository. There are very few things that can do that. Salesforce doesn't do it. It has to be customized to do that correctly.

With SmartOffice, you take it right off the shelf. You take the pieces that you want, and you're up and running. After 20-some-odd years, you actually have videos where now people can actually learn this stuff, being self-taught without having to sit through a class for an hour or two hours. It's very, very intuitive. Because it's got over 30 years of experience in it.

Redtail is primarily for the security guys. I'm not just a securities guy. I happen to have securities, but I do variable annuities group, life, executive, whole life, carve-outs. I have a person who does health insurance. We have, I think, a handful of group policies like short-term disability, long-term disability, dental, this and that. But I don't do any of that, my staff does.

Ebix: Right. SmartOffice does all that. There are very few other companies out there that do that who are insurance-centric.

Matt: I'm not interested in what areas of fintech you think will go fastest in the next five years or the financial industry at large. … Let's put it this way: Fintech, now that there's adoption in the last two years, you're going to have growth in five years. So much growth, then it'll be the equivalent of 20 years of growth.

I really believe that, because you're gonna turn around and you just say, “Wait a second, I didn't realize I could use my cellphone to do that now and keep track of my accounts this way, and tie them all together.” Because people are getting more and more comfortable living in the cloud. It's not physically held in their space. All they need to do is be able to access it as long as it's secure.

So, fintech. For fintech to really be good, fintech has to have all the double-authentication passwords, security, so that you don't have to worry about somebody stealing your money, stealing your identity, et cetera.

The original concept of ACORD, which was around in 1990 — and again, this is terminology that agents don't know, but more service people do. For a technician, all you need to know is there's a format to put everything together. And the fact is, it took us 20 years to get a format that everybody has agreed upon. And now that you have everybody, and you have an agreed-upon format instead of 20 different formats being adopted, fintech will accelerate because of it.

Ebix: Good point, thank you for that. OK, so what did I forget to ask you about? What would you like to talk about? About SmartOffice?

Matt: Let's say this: As a competitor of SmartOffice for five years and a user of it for more than 20 now, it is probably the one tool that's been consistent in my practice over my lifetime.

If a producer wants to be successful and wants to grow, and they're coming into the business — if you don't use a database as a tool to keep track of your clients and prospects, you're never going to succeed. The reason why is, you finally keep accountability in your database. That accountability is what drives your current revenue and your future revenue because it's what you're doing today. That will produce the results for tomorrow. 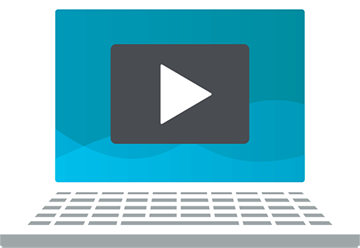 SmartOffice is part of the Straight-Through-Processing Solution powered by Ebix.